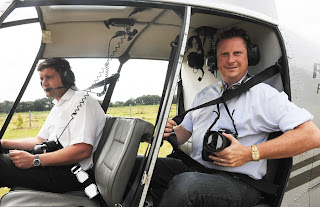 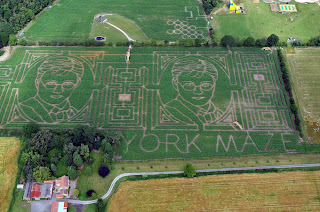 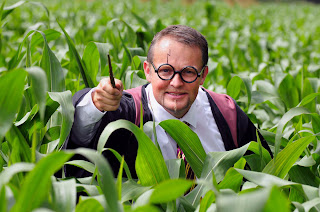 Boarded a Helicopter yesterday for a Photo Call at York Maze. Story Below...

A Yorkshire farmer has created the World’s largest spot the difference competition as a tribute to Harry Potter.

Farmer Tom Pearcy has carefully cut out two portraits of the boy wizard in his crop of maize plants at his field near York. With some subtle differences between the two images it creates the world’s largest spot the difference competition.

At over 50m in diameter each head is also believed to be the largest image of Daniel Radcliffe ever created. The images have been painstakingly carved out of over 1 million living maize plants. The 10km of pathways form an intricate maze for visitors to explore. York Maze is the largest maize maze in Europe and one of the largest in the world.

Tom Pearcy’s previous incredible maze designs have included a Spitfire, Astronaut, the Statue of Liberty and the Flying Scotsman.

Says Tom Pearcy, “I’m a big fan of Harry Potter and the release of the final film this summer marks the end of an era. I wanted to do something imaginative to say farewell to Harry, so creating the biggest image of him ever made and making it a spot the difference competition seemed like an interesting way to do that.

York Maze opens to visitors on Saturday 16 July and will be open every day until Sunday 4 September. www.yorkmaze.co.uk.

Thanks to Anna Gowthorpe (PA) for photo of me in the Helicopter.
Posted by Dobson Agency PR Photographers - Freelance Press & PR Photographer covering Yorkshire & the UK